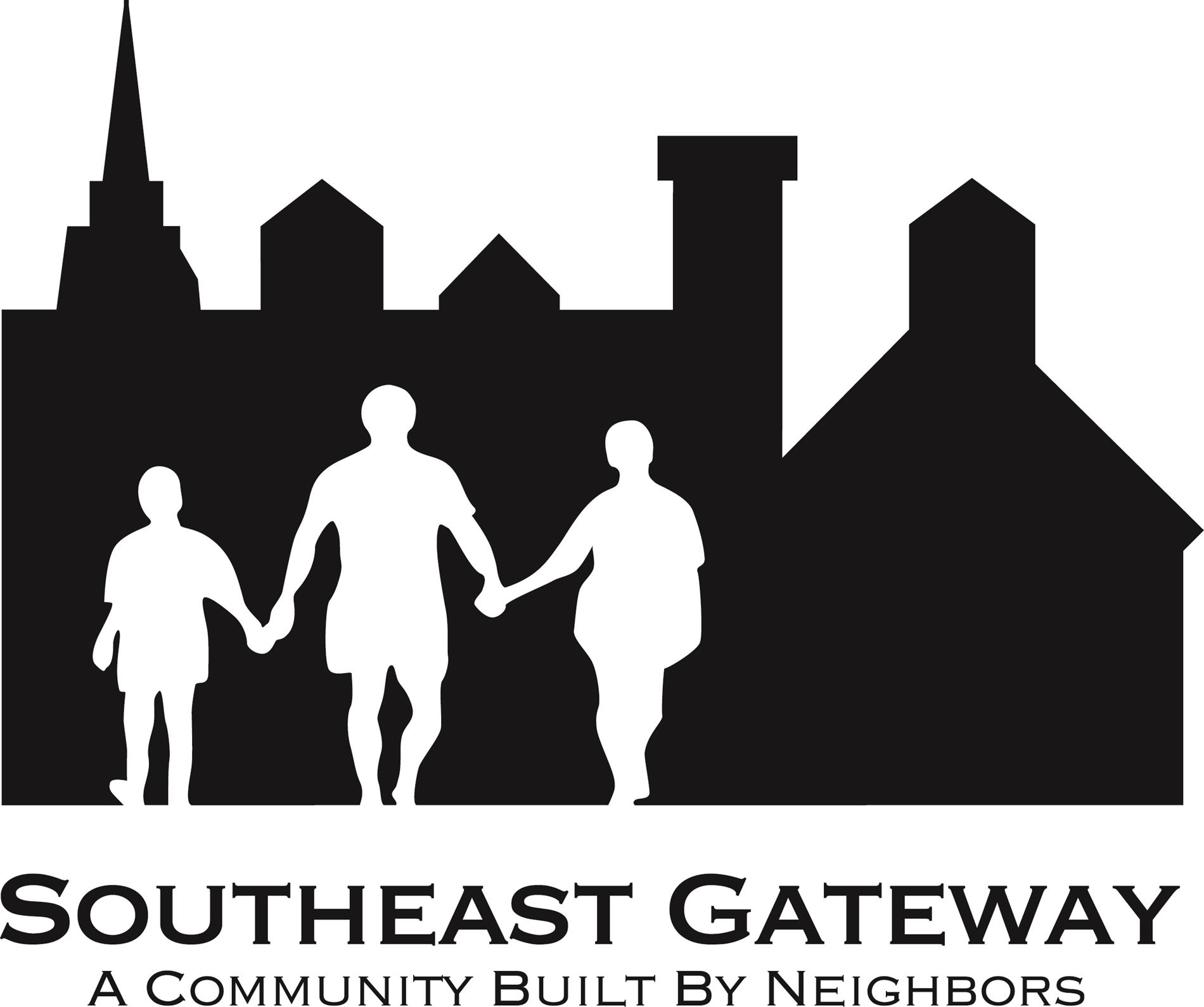 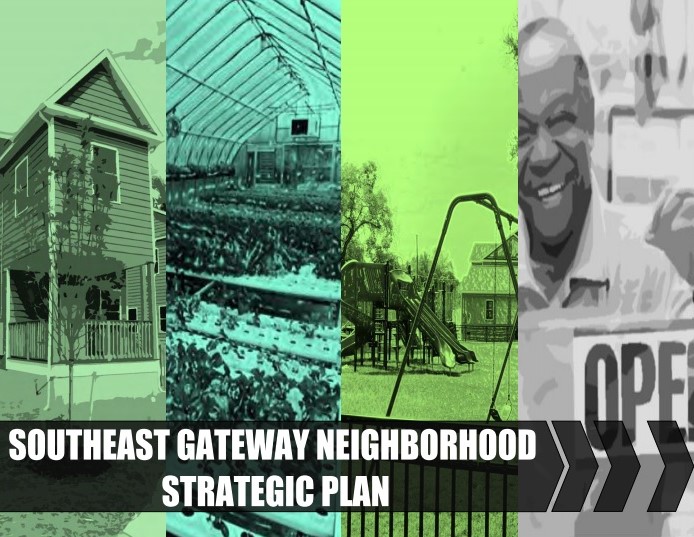 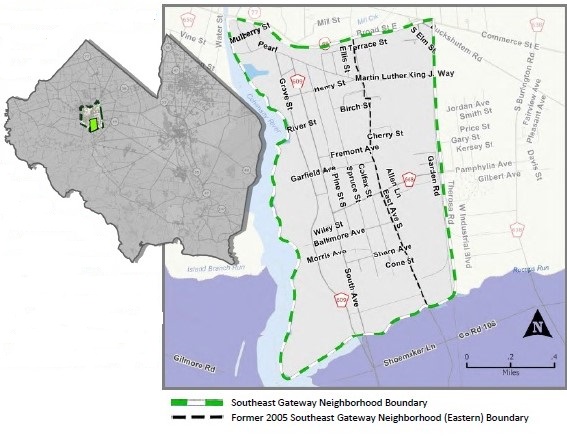 The 2018 Southeast Gateway Neighborhood Plan was facilitated by a local planning committee and staff from the Gateway Community Action Partnership and was funded through a grant from the Wells Fargo Regional Foundation. The history of the planning process dates back to 2004 when an initial
neighborhood plan was developed. That plan, entitled “A New Beginning”, was completed in March 2005 and a very successful implementation process followed that included a major, $750,000 implementation grant from the Wells Fargo Regional Foundation. That planning effort resulted in a number of initiatives and important projects, including:
- The construction or renovation of almost 100 housing units
- The development of the Family Success Center
- Renovations to Neighborhood Playgrounds and Tot Lots
- Adopt a Block Initiative
- After School Programs for Youth
- New Signage and Streetscape Improvements

Building on that success, Gateway Community Action Partnership applied for a second planning grant in the fall of 2016. An award was announced by the Wells Fargo Regional Foundation in January of 2017. Gateway moved quickly to organize a new planning committee that would oversee the planning
process and begin reaching out to the residents and stakeholders in the community.
The Southeast Gateway Neighborhood is defined by four distinct features. On the west is the Cohansey River. The southern border of the neighborhood is also the City’s southern boundary at Rocaps Run, a small tributary of the Cohansey River. On the east is the Winchester & Western Railroad and to the
north, the neighborhood is bounded by NJ Route 49. This boundary encompasses the “traditional” Southeast Gateway Neighborhood as defined in the 2005 Plan, but also includes additional land to encompass the Cherry Street School, the Florida Avenue Industrial Park, commercial properties in the northwest corner of the neighborhood, and other areas that offer locations for new development or redevelopment.
Work on the new plan began with the creation of a Southeast Gateway Neighborhood Planning Committee shortly after the planning grant was announced in  January 2017. This committee met monthly throughout the planning process and helped to facilitate a number of neighborhood and community-wide meetings to discuss issues and define the top planning priorities.
Residents and stakeholders identified a number of critical issues that needed to be addressed. They included abandoned and vacant homes and properties; the need for new lighting and streetscape improvements; issues involving public safety; new opportunities for retail and commercial development; jobs and job training; and programs for youth.

The neighborhood planning process also resulted in a very positive dialogue with City officials and other organizations. For example, a mobile police
substation was acquired and deployed in the neighborhood; City officials began a dialogue with local businesses to direct truck traffic away from the minor residential streets; new investment in the Florida Avenue Industrial Park was initiated by the Cumberland County Improvement Authority; and a new
circulation project was designed along NJ Route 49 to enhance traffic safety.
From the discussion of these and other issues at the various neighborhood meetings that were held, the Neighborhood Plan established three principal goals:
- Goal 1: Enhance Public Safety
- Goal 2: Advance Community and Economic Development
- Goal 3: Ensure Creativity and Sustainability
Within each of these principal goals, residents and stakeholders discussed a range of projects and initiatives that they wanted to see occur. The projects included those that could be developed in the short or near term, as well as those that would be “transformational” in nature and take much longer to
realize. In particular, the transformational projects helped to provide a focus for other project priorities in key locations throughout the neighborhood that will provide the catalysts for neighborhood-wide revitalization.